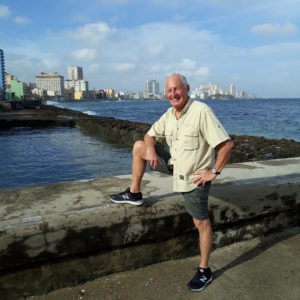 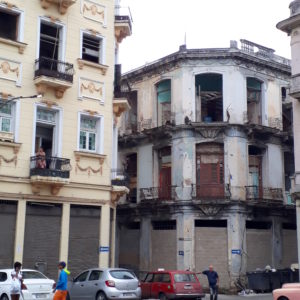 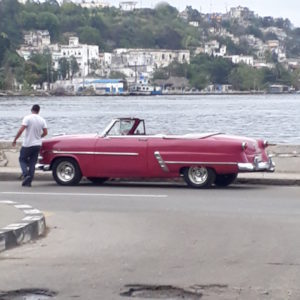 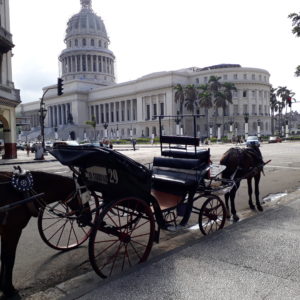 So our journey kicked off badly again, we found that Carol needed a visa so we took a decision that I would travel on and Patrick and Carol would go to Cancun to get one from the Cuban embassy and catch a later flight. After arriving at the homestay, sometime later I realised that I had given them the wrong address. I had no way of contacting them and their flight had arrived, so together with Flavia , the homestay manager we waited with baited breath at the wrong address. All was well, they had arrived at the correct address. The Roger effect had kicked in again.
There’s no WiFi or internet in Cuba, one stands in a queue and purchases a card with a password to be used at hot spots usually in front of hotels where you find clusters of people .We can only conclude that the Government finds it convenient not to develop a network because it’ not in their interest to.
We stayed in homestays, we made friends with the owners and we often woke up to the sounds of children at school and street hawkers calling out their wares either walking, on a bicycle or on a horse and cart.
What to say about Havana and Cuba? Wonderful Spanish architecture, narrow streets, old classic American cars by the hundreds , ruined derelict buildings next to smart classic restored ones , little squares and great vistas. The Malecon sea front is a long stretch of ruined buildings, anywhere else it would be classic expensive houses and apartments. People of all colours, long legged girls, school girls in impossibly short skirts, some huge men but overall an impression of poverty. We stayed the majority of the time in a suburb next to the Revolution Square but spent one night in the old quarter in a house renovated by the Spanish, Cuban owner. This was nicely done but was just the ground floor and the upper floors belonged to other tenants and the roof was completely open to the elements in one area. You could look up and see the man upstairs brushing his teeth. During the night it rained hard and the water just poured in to the stone passage below. The owner pumped it out and then got a squeegee and finished the job. There are very few shops, we witnessed people queuing for bread, jam packed into old decrepit buses . The roads are potholed and the few old cars on the road pick their way around them. We went to the Museum of the Revolution and looked at the political dogma and propaganda that’s on display there. Notwithstanding the will and determination needed to overcome Batista and co you can’t help wondering if this is the best that the revolution can achieve after 60 years. Yes American sanctions haven’t helped but China, Vietnam and others have successfully negotiated a change to a capitalistic market system within a Communist country quite successfully. We discovered there is no real incentive to progress in fields, wages are hopeless, for example a doctor or a teacher earn about $25/month. We saw many young and older men just sitting around staring into space. Old people have a small pension and if their children can’t look after them then they resort to begging. Although medical care is free medicines have to be paid for and they are expensive. Education is free. Tourist books like Lonely Planet don’t paint a true picture of a country. Behind a crumbling, beautiful facade can live a life of poverty and desperation. So with the help of Flavia we made our reservations to travel around the island.