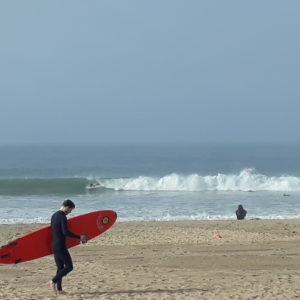 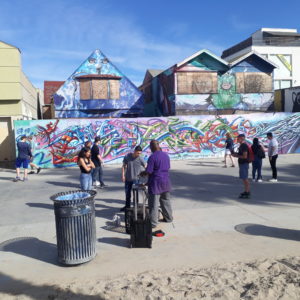 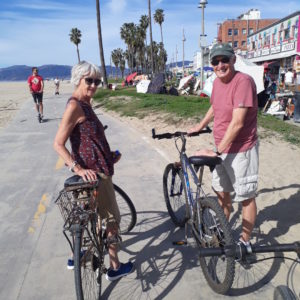 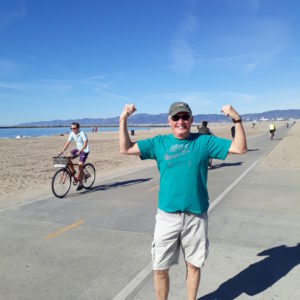 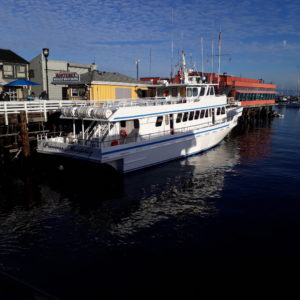 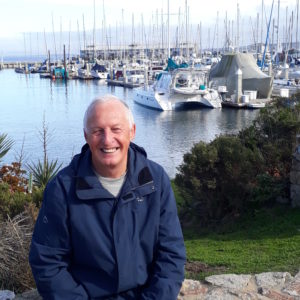 We caught the Amtrak overnight train from Portland to Salinas which was a good experience. Like everything in USA it’s big , it’s a double decker with an observation car, dining car , sleepers but we chose coach and it was perfectly adequate with reclining seats and we slept quite well. But the railways appear out dated to us, manual systems , old stations , late trains which travel at a leisurely pace, which is great for sight seeing and have long stops at stations. We nearly didn’t get out at Salinas because we thought that the train had stopped at a signal and had a mad scramble out of the train before it restarted. But it was nice to feel the warm sunshine after the cold of Portland.
Our journey was not without drama as somehow Patrick managed to drop Carol’s passport on the floor and only discovered this when we were checking in to the hotel. After a number of phone calls and some tense hours we learned that the passport was found and returned to Salinas station the next day where they picked it up.
Monterey is a small fishing village with a lot of charm and one of the nicest places we have visited .We spent time strolling around the beach front and harbour and enjoying the ambience. A perfect place to retire except for the high cost of living. There are numerous medical facilities to cater for the retirees but Carol had a difficult time trying to renew her script for her medication and suffice to say expensive. USA has the highest medical costs in the world, another reason to think carefully about living there.

We took a bus to Carmel , a very exclusive town with a beautiful beach next to Pebble Beach golf course. Cannery Row , where John Steinbeck wrote the book is another attraction but not much remains of those days and now it’s full of tourist shops, restaurants and up market hotels.
We had two days of rain which cramped our style somewhat but we were able to sort ourselves out and generally observe life. Its noticeable that everywhere in USA that white , well kept men and women take what we would consider to be mundane jobs , supermarket check out clerks , cleaners, bus drivers etc.. and do it cheerfully and give good service. Drivers are careful, courteous particularly in relation to pedestrians. Around the bus station are all types of eccentric people , unfortunately mainly the dropouts of society . There is a noticeable gap between the haves and the not haves.
I also took a trip whale watching and saw grey whales , sea lions, sea otters , pelicans and lots of sea birds. The harbour area is infested with jelly fish.

We travelled by bus to Santa Barbara and then were delayed for over an hour there waiting for the train which was delayed due to the previous week’s mud slide which had killed twenty people in the area.. The train eventually took us to Union Station Los Angeles and then we caught a bus to the airport through ten lane highways at walking pace due to the worst traffic I’ve ever seen. I cant help wondering why USA has such a love affair with the motor car and has allowed its public transport system to deteriorate to such an extent.

We had a homestay in a family home in Playa del Rey , near to the beach and unfortunately a bit too near to the airport. By now the weather was warm and sunny and we took a  ride on rickety bikes to Venice Beach which  appears to cater to two types, the well heeled with beautiful condominiums and the less fortunate with tacky shops. Hundreds of people were exercising in the sunny weather, running, walking and cycling and everything in between. USA is energetic, exuberant, easy to engage and fun loving. The next day we took a ride in the opposite direction, South , and had a coffee at  the big .surfing area Manhattan Beach .

So our USA visit was at an end. Thank you to Carol and Patrick’s relatives and friends for a wonderful stay. A trip across USA would be a great adventure one day.