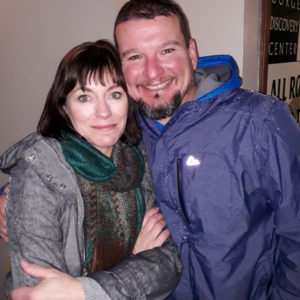 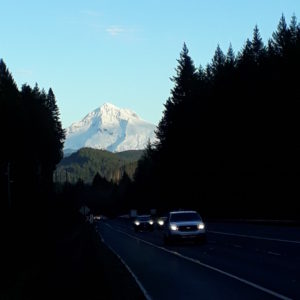 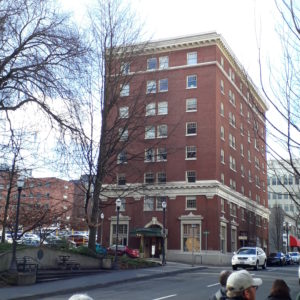 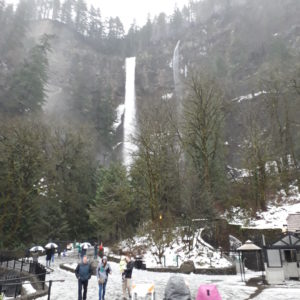 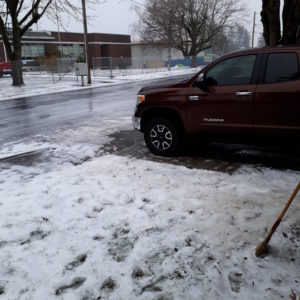 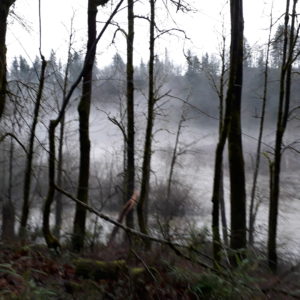 We flew Air Alaska to Portland and were impressed with the automated check in; simple , quick ,efficient and the result was that two girls checked in the whole flight with no fuss whilst American Airlines had long queues . Compare SAA, masses of people doing nothing. It was cold with snow on the ground and icy roads. The weather here reminds me so much of UK, cold ,grey, rainy and people hunkering down in their houses. We stayed with Davey, Patrick’s son and his wife Robin and they tell you nothing ever happens here. There was a lock down in the area whilst heavily armed police searched for an armed fugitive. You weren’t allowed to leave your houses. He was found two blocks away in a house after a gun was fired. Anyway we had ten guns in the house for protection. Then when we drove out of the house there was a body in the road and crashed cars from an accident and police , fire brigade and ambulances were chasing about with sirens blaring. Nearby is Mount St Helens which blew up spectacularly about ten years . Its OK we are told , it only erupts every 100 years but there was some activity whilst we were there. We took a drive in Dawie’s huge truck along the Colombia River in cold , icy conditions and had lunch at a complex converted from a poor house with bars, a spa, vineyard, theatre , all set in a pretty garden.
We took the train into Portland, a nice city with few high rises and many older preserved buildings. Lots of pubs and restaurants and we ate cheaply at a series of stalls in a square. We also visited a huge thriving book store. There were  a lot of down and outs and some punk kids on the train. The racial profile is very diverse , Chinese, Mexican and whites proliferate and not many black people. Many cute wooden houses , conspicuously without fences and mixed areas but distressingly a lot of homeless people are evident., some very down and out.

A visit to Walmart is a good way to pass the time. as we were checking out an announcement was made, ” Would the jewel thief please return the jewels ” . Some of the      characters you see there are off the wall. The lady in front of us was buying next Christmas’s presents at a knock down rate. One evening we went to the local pub and gaming house, won $40 and paid for our dinner. Americans are friendly and gregarious and a lot of fun..