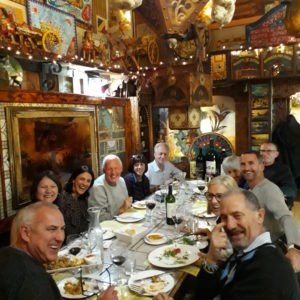 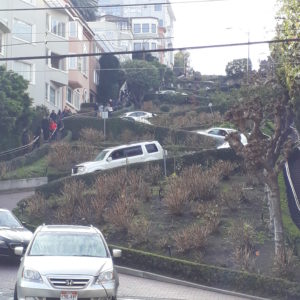 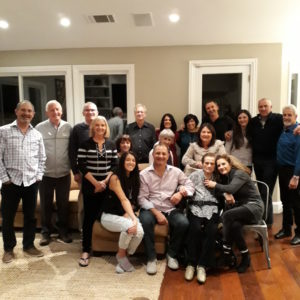 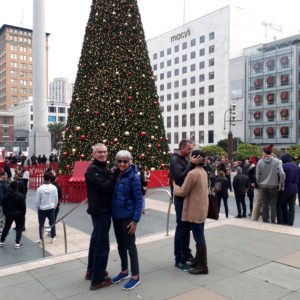 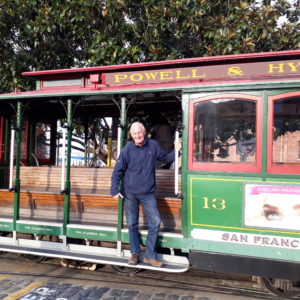 With all the restrictions, checking in at airports nowadays is a nerve wracking affair. Our flight to San Francisco from Kuala Lumpur was via Shanghai with another airline which was not affiliated and to change planes we had to collect our bags and pass through immigration to change terminals. In order to do that we had to have a transit visa for China. We had 5 hours to do this, ample time you would think. On arrival we were shepherded to a queue for transit visas with one officer going through the laborious procedure of finger prints , photos etc. and invariably there were problem travellers. An hour and a half later we got our visas. From there we picked up our bags and checked in for the San Francisco flight. The clerk took ages correlating our passport and visas and waivers and announced one digit was wrong on Patrick’s visa waiver . Patrick went to the Business Centre and after having to pay with cash and sorting out the Chinese computer reapplied for his waiver. normally its a 72 hour wait and we decided that Carol and I would travel and Patrick would join us later. With heavy hearts we just made the check in, were the last in the queue and the flight was closing when Patrick appeared with a big smile on his face as his waiver miraculously came through. We made the plane by the skin of our teeth.
What to say about USA. Well driving around San Francisco is like being part of a movie set , it all looks so familiar. It’s cold but we wrapped up well. The family we stayed with are warm, friendly, loud and generous. Chrissie’s parents moved out of their home to accommodate us ; how many people would do that for a bunch of strangers? The extended family also entertained us for a wonderful Italian meal, Christmas Eve dinner and Christmas day lunch. How’s that for hospitality!
They are also pretty well off, live in well appointed houses and drive nice cars. But it’s not all like that , nearby there’s trailer homes and quite a lot of homeless people living in tents or doorways. We went to Napa Valley for wine tasting and bought some wine at $45 a bottle, toured San Francisco ; walked to Union Square, went down Lombard Street , the steepest hill in the city, Saw the Museum of Fine Arts, and had a drink in Sausalito by the sea. We ran around a lake on one beautiful clear sunny day. USA is the ultimate consumer society , the choice of goods is enormous. Its amazing how one passes from one area to another , we walked through Chinatown and passed into the Italian quarter from one street to the next.