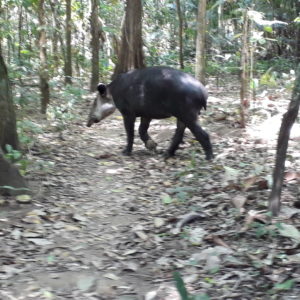 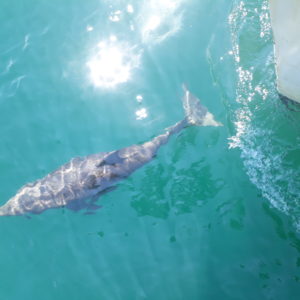 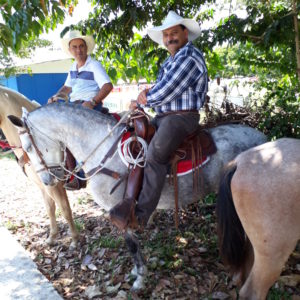 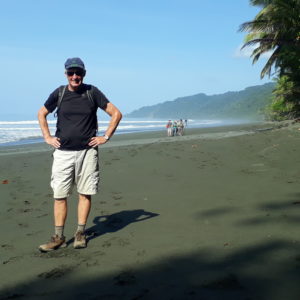 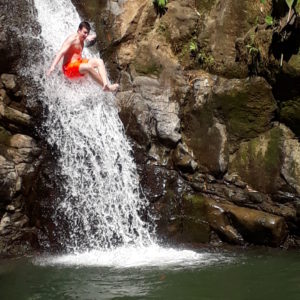 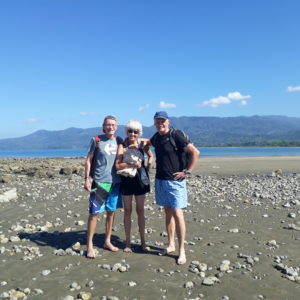 Patrick and Carol took a bus ride down to San Jose airport to collect Carol’s lost bag whilst I took a minibus taxi down the steep hairpin road to Quepos where the other two joined me. The following day we had a walk around the pleasant town which has a modern marina with some expensive private yachts and a swim in the apartment’s pool and watched the sun go down over the ocean. The house has big iguanas , spider monkeys , toucans and really nice birds. Its much hotter on the Pacific coast and we were grateful for the pool. We took the bus to Manual Antonio Reserve , the reserve itself was a disappointment with large crowds but the white, sandy beaches with warm blue water were magnificent.
We took a short bus hop down the coast to Uvita and stayed in a friendly lodge a little way up the hill from the town and beach. There are some permanent residents here , Mark a builder, Geoff a coach , proving that you can make your way in life as a digital nomad or set yourself up in business. But it’s not for me. Costa Rica has grown on me after a bad start, I can understand it being one of the highest rated countries for people to retire to.
We took a taxi to Uvita beach , a long stretch fringed by coconut palms disappearing into the distance and walked the whale’s tail, a natural rocky outcrop shaped in that form. Walking back was a hot sweaty slog. This casa has a nice vibe , run by a friendly young couple David and Colleen with a good convivial atmosphere .
At this stage we split up, Patrick and Carol to do a Spanish course and myself to travel to Jiminez by bus.
Google maps tells me that it’s 2hours and 19 minutes from Uvita to Jiminez ; it took me 9 hours much of which was spent under a tree waiting for the connection at which was 1 hour 45 minutes late on top of the scheduled 3 hour wait.
Jiminez is a one horse dusty town but the casa I stayed in was set in a small nature reserve and I woke up to scarlet macaws shrieking and plenty of garden birds calling. I took an excursion to Corcavados National Park with a guide , we walked along the beach and jungle for 18 kms there and back and saw whales , sting rays jumping out of the water, a tapir, anteaters, a sloth, three types of monkey and lots of small things.
After a couple of days I moved to a beach lodge , so now I woke to the sound of the lapping sea , the lodge was right on the beach. I took a ride in the owner’s concrete boat built in UK in 1937 , we had dolphins swimming at the prow, went snorkelling on a reef and ate tuna dip and chips.
My return bus trip was again eventful , I caught the 7.30 am to Palma and after 30 minutes the driver told me this was Palma. Trouble was it was the wrong Palma , a small village in the middle of the road. I was stranded. Eventually a taxi drive gave me a lift to Palma Norte where I had another wait for my connection . But this trip was 1 hour shorter than the last one.

I spent more time at Uvita , chilling out, and then moved to Dominical , a dusty one street town next to the ocean with good surf. So lots of dreadlocks, tattoos and surfer dudes, mainly American. Lots of sunsets over the ocean and found Tortilla Flats, a good eating spot with a nice vibe.

So after spending one night in Uvita I met up with Carol and Patrick and we took the bus over the border to Panama. It was sad leaving Nativas , a nice place , good young hosts and a friendly atmosphere.